Bank Indonesia finally cut its 7 days reverse repo rate (7DRRR) by 25 bps to 5.75%, in line with our and consensus expectations. It also cut deposit facility rate to 5.00% and lending facility rate at 6.50%. These moves strengthens Bank Indonesia’s accommodative stance after it lowered its reserve requirement ratio (GWM) by 50 bps in June’s meeting. The central bank also hinted that there will be more accommodative policies to come.

Bank Indonesia denoted low inflation opened room for it to cut rate for boosting growth. Inflation is seen staying below 3.5%, the central point of central bank’s target of 2.5% - 4.5%. On the other side, GDP growth needs a booster after the trade war deteriorate global growth prospect, hence endanger export’s performance. Increasing domestic demand, especially investment, may become the solution for GDP growth buffer. In our 2019 outlook report (published in October 2018), we stated that significant policy rate movement (either hike or cut) will affect the investment growth in the incoming year. Exhibit 2 showed that 2018’s hike will negatively affect 2019’s investment growth; hence rate cut is needed to boost its growth in 2020.

The main reason of previous rate hikes in 2018 was due to external instability and widening current account deficit (CAD). However, the situation in 2019 is different, especially for the capital flow. CAD may remain high due to sluggish global growth especially in US and China. BI predicted CAD may lower at 2.5%-3.0% of GDP range but we still see that FY 2019 CAD may stay at 3.0% of GDP. However, sluggish global growth has made the Fed became more dovish after it raised FFR by 100 bps in 2018. Although the latest FOMC dot plot projection still showed Fed’s stance for holding rate, Jerome Powell’s latest comment revealed his intention to be more dovish and start cutting FFR. Market is very optimistic of FFR cut with probability July cut at 100% and it predict 50-75 bps FFR cut in 2H19 according to Bloomberg’s world interest rate probability (WIRP). BI itself still predict only 25 bps FFR cut in 2019. More dovish Fed has triggered capital inflow (portfolio investment) to Indonesia which BI’s noted at USD 9.7 bn in 1H19, not including the FDI inflow. BI itself sees the current rate cut does not deteriorate Indonesia financial market competitiveness as the yield spread with UST still manageable and Indonesia CDS is in low position (5 yr CDS at around 80) due to S&P rating upgrade. As the consequences, Indonesia’s balance of payment (BoP) may stay positive in 2019 which may stabilize Rupiah and open a room for further accommodative policies like rate cut.

BI hints further accommodative policies, we maintain forecast of another cut in 2H19

Bank Indonesia hinted that it will continue its accommodative policies going forward. The policies can be rate cut or lower reserve requirement that can support growth. We maintain our view that BI will cut rate by 50 bps in 2H19 and continue to cut rate by 50-75 bps in 2020. This forecast is based on assumption that Fed will cut FFR by 50 bps in 2019 and 25-50 bps in 2020. The rate cut magnitude may be higher at 75 bps in 2H19 if Indonesia’s growth fell below 5%. The rate cut in 2H19 -2020 should favor growth in 2020 which see at 5.1%. 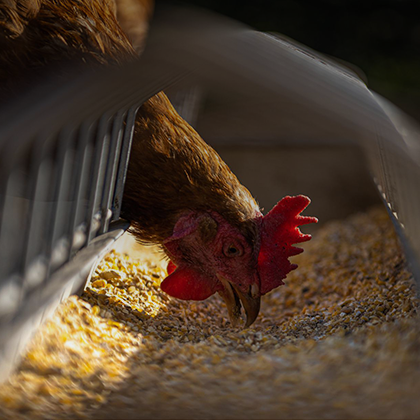