For a third consecutive months, Bank Indonesia (BI) delivered a 50 bps rate hike on BI-7DRRR to 5.25% in Nov-22 or in line with consensus. The deposit and lending facility rate also rose to 4.5% and 6% as well. This is a forward-looking step to mitigate the risk of rising inflation and anchor inflation expectations to remain within the 2-4% range in 1H23. The decision is also taken to stabilize the exchange rate which has been depreciating by 10.1% YtD currently.

Generally, there was nothing unexpected in Nov-22 Fed’s FOMC Meeting. The Fed increased the Fed Fund Rate (FFR) by 75 bps to 3.75-4.0%. However, the Fed signalized the dovish pivoting after the inflation seemed lower in Oct-22 at 7.7% YoY (vs 8.2% in Sep-22). Though the inflation is still high, at least it indicates the worst is over. Besides, the labor market remains very tight. Wages have been rising more quickly than the US has in decades. However, there are tentative signs of some cooling in the labor market, which is vital to keep rising labor costs from putting upward pressure on inflation. Thus, it will be less hawkish by increasing the rate by 50 bps in Dec-22. Eventually, FFR will achieve 4.25-4.5% in YE 22.

On last year G20 Summit, the central banks agreed to avoid overreaction on so-called transitory rises in inflation. However, the price hikes on commodity caught many central banks off guard and forced them to shift gears to monetary policy tightening. As the result, now the central banks from the member of G20 Summit agree to pace their interest rate hikes carefully to excessive currency volatility. Other than that, we have not been informed any major macroprudential policy made in G20 Summit.

The foreign exchange (forex) reserve was at USD130.2 bn in Oct-22. The reserves remained sufficient, as it was equivalent to finance 5.6 months of imports and servicing government's external debt. It was also well above the international standard of reserve adequacy of 3 months of imports. With the ongoing market volatility and the stronger DXY, we expect that rupiah might achieve Rp15,380/USD. Historically, BI intervenes on the last minute to keep the exchange rate stronger at the end of YE22. We see the exchange rate will appreciate from its current level since Indonesia also has a stronger external position with the enormous trade surplus that might achieve USD50 bn for FY22. It serves as a buttress for FY22 current account balance where we expect it will stay at positive territory at 0.2% of GDP.

Our target has been met with this policy rate hike. Nevertheless, we are not ruling out the possibility of a 25 bps will be taken in Dec-22 as the inflation is still beyond BI’s target and the exchange rate remains volatile. The higher rate will help to prevent the exchange rate from further depreciation. It is possible that BI will only take 25 bps higher in the next meeting since the higher rate may put the potential 2023 economic growth on a risk. 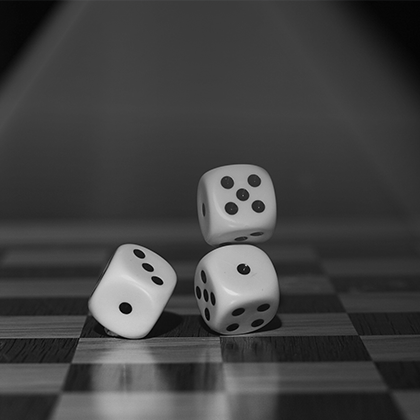