Statistics Indonesia (BPS) recorded 0.95% MoM (3.47% YoY) of inflation in Apr-22. The rate was higher than our estimate at 3.41% YoY but lower than Bloomberg consensus at 3.59% YoY. This is the highest inflation since Dec-17 at 3.61% YoY. We see the aggressive jump on inflation rate was just transitory as it was mainly influenced by the volatile goods such as foods and transportation due to the Ramadan effect and the revival of tourism. However, the inflation will go up with decent pace in 2H22 as the price normalization goes on especially on food and transportation prices after Ramadan month and the fuel price hike lately. Besides, the core inflation showed a slight deceleration compared to the previous month.

The worldwide inflation is 9.2% YoY driven by a surge in energy as well as food prices. After the Food Price Index achieved its all-time high in Mar-22, food protectionism becomes an issue. Some countries including India and even Indonesia have been clamping down on exports of staples such as grains, pulses, and cooking oil. The food export ban was taken to deal with the shortage of supply domestically due to the Russia-Ukraine war, several droughts, and Covid-19 of course. World Bank expects that the food prices will rise about 20% this year due to supply disruptions before easing in 2023.

The highest growth and the biggest contributor, 50% of total inflation, was food, beverage, and tobacco where it increased by 0.78% MoM (5.62% YoY). The main determinant of inflation in this basket was egg, contributing 0.05% to total inflation. The surge of animal feed price caused the higher price of poultry products as it contributed around 60-70% of total production cost. The key ingredient in chicken feed, wheat, has almost doubled in price because Russia and Ukraine produce about 30% of the global supply. Corn, the substitute of wheat in the animal feed, also faces same global price hike where it has jumped by 9.4% YoY in May-22.

Domestic manufacturers saw the prices continued to rise in May-22 and we expect the rising prices will remain, as some regions in China are still under Covid-19 mobility restrictions. Most of Asia’s factory activity also slowed down due to the same reason. China’s Caixin/Markit Manufacturing Purchasing Managers’ Index (PMI) itself stood at 48.1 in May-22, indicating the contraction persisted. The good thing is Shanghai has just lifted the two-month lockdown so we expect the manufacturing performance will improve this month marginally. However, domestic manufacturers have to pass the current raw material price hike partially to their clients via greater selling prices and it is inevitable. Especially, based on the Producers’ Price Index, the price grew by 9.06% YoY in 1Q22 where normally it was only recorded around 5% YoY. We expect the PPI to still grow higher in 2Q22 due to the global supply disruptions.

Food protectionism becomes the threat for global food supply, not to mention that protectionism may lead to retaliation from other countries. However, we remain optimistic that the inflation in 2022 will stay manageable even though it will be higher than BI target range at 3±1% YoY where we still maintain our inflation target at 4.2% YoY for YE 2022. We also see that BI tries to tame the inflation by raising the reserve requirement ratio (RRR) last month while holding the policy rate. Thus, we see BI will again hold the rate unchanged on June, 22nd – 23rd 2022 until the impact of RRR increase shows up and until there is a substantial increase on inflation especially a slight deceleration on core inflation happened in May-22. 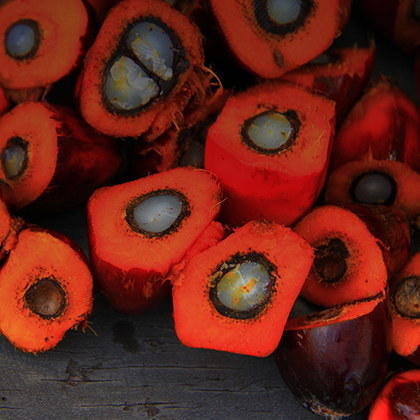