ECONOMIC UPDATE - What to Expect - Between monetary rock and hard place

What this is all about

At the end of Aug-20, the House of Representatives (DPR) has prepared a draft of the Revision of Law number 23 of 1999 concerning Bank Indonesia (BI). The main proposed changes were (1) widening BI’s mandate to include supporting economic growth and jobs, (2) creating a new Monetary Council, (3) adding economic ministers to BI Board of Government (BoG) Meeting, (4) enabling BI in purchasing government bonds in the primary market permanently and (5) returning the banking supervision to BI. Thus, it will broaden BI scope of work as the double mandate (unemployment and inflation targeting) assigned. On the other hand, the proposed bill will limit BI authority as it will be designed under the Monetary Council led by the Minister of Finance (MoF).

If the bill passes

The primary mandate of BI is rupiah stabilization, which consists of two dimensions: price and exchange rate stability. The dual mandate assigned by the proposed bill may bring additional burden as BI will be obliged to reach certain economic growth (or unemployment rate) target set by the government. If BI has to strictly pursue government (executive body) target, it will obscure BI path as basically BI is directly responsible to DPR (legislative body). The raising concerns towards BI independency was translated in the plummet of rupiah by 1.6% to Rp14,805 against USD right after the issue spread on Aug, 2nd, not to mention the drop in JCI afterward as well. If the bill passes, it will put the exchange rate stability at stake. The proposed bill will make the monetary policy tends to bias or no longer sovereign. The mandate to pursue the economic growth may enable the government to push BI for deeper rate cut. The lower interest rate will make rupiah unfavorable as assets in rupiah are less valuable. As consequence, rupiah will depreciate severely. Eventually, it will complicate BI primary mandate of rupiah stabilization.

Issue behind the discourse

The proposed bill makes one raised eyebrow. Logically, DPR enlarge government’s power through the propose bill. This is uncommon as DPR needs to prevent the excessive use of the executive power basically. Furthermore, Baidhowi, member of DPR Commission VI, mentioned “BI independency must be interpreted in the framework of the Republic of Indonesia. It can't do anything as it please.” on Aug, 31st after the document reading at DPR. This signalizes serious threat to BI independence as (some members of) DPR frankly allows government intervention to BI. According to insider, we see the discourse is used as mere political ladder for the proposer. However, the proposer seems has no interest anymore in escalating the discourse as it is too controversial.

The government has clarified and reassured that the government will protect BI independence. On side notes, we often find BI between a rock and a hard place where BI has to go for deflation control and participate in burden sharing scheme, especially under the current pandemic. There is no urgency to change the status quo of BI as the proposed bill will do no good to the current macroeconomic condition anyway. Thus, we see the proposed bill will fade away. However, we stay vigilant as the other point in the proposed bill, banking sector supervision, still resonates in DPR.

All in all, under the pandemic pressure, monetary condition remains solid as proposed bill discourse is getting softer. In context of US, Powell mentioned that low interest rate remains for an extended period of time. Besides, inflation will be allowed to float above the Fed’s 2% target. Thus, the Fed will keep its rate low, where we see the rate will stay at 0-0.25% until YE 2020, even 2021. In domestic context, the low inflation at 1.32% YoY in Aug-20, record high trade surplus at USD3.26 bn in Jul-20 and other indicators provide room for BI to trim policy rates further but we still expect BI is unlikely to cut BI-7DRRR as the domestic economic recovery especially on household’s purchasing power continues at slow pace. Thus, we see BI will hold its rate at 4.0% in its next BoG Meeting. 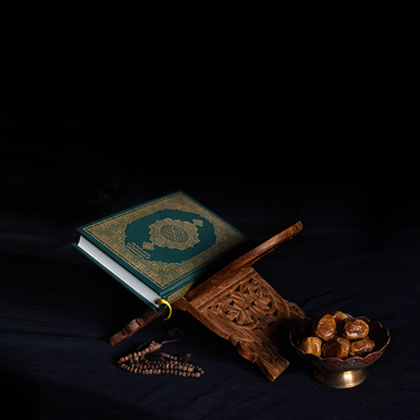